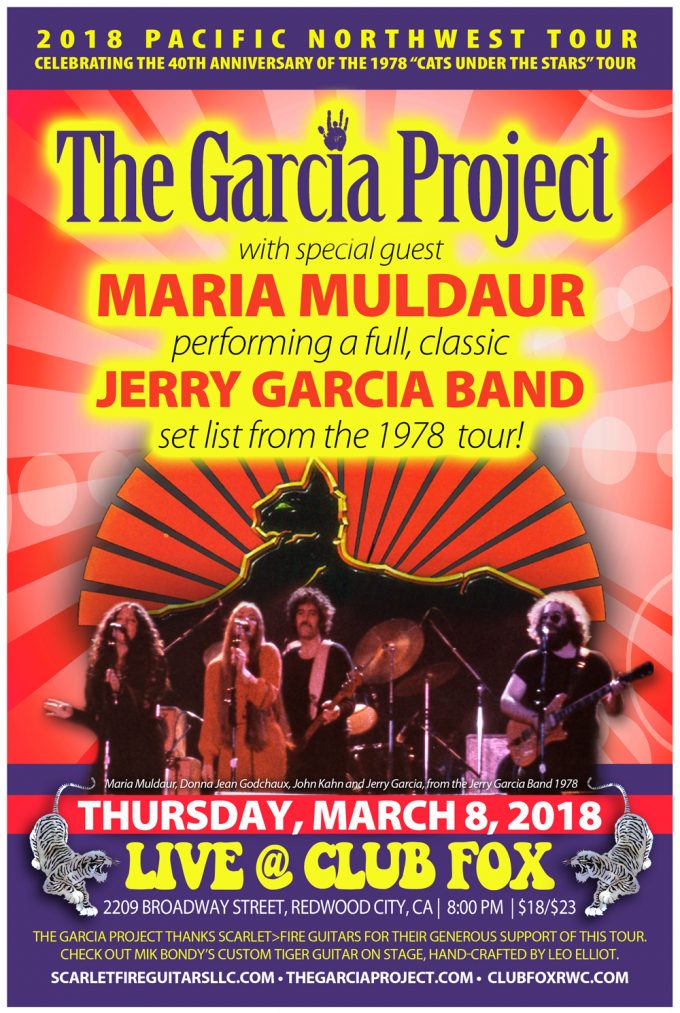 Maria Muldaur to join The Garcia Project for a special recreation concert of a classic show from the 1978 “Cats Under The Stars” Jerry Garcia Band tour.

Maria Muldaur will be singing with The Garcia Project’s Kat Walkerson and Mik Bondy (guitar). They will be joined by band members Dan Crea (bass guitar), Bobby Belanger (drums) and Justin Lopes (piano).

More about The Garcia Project: