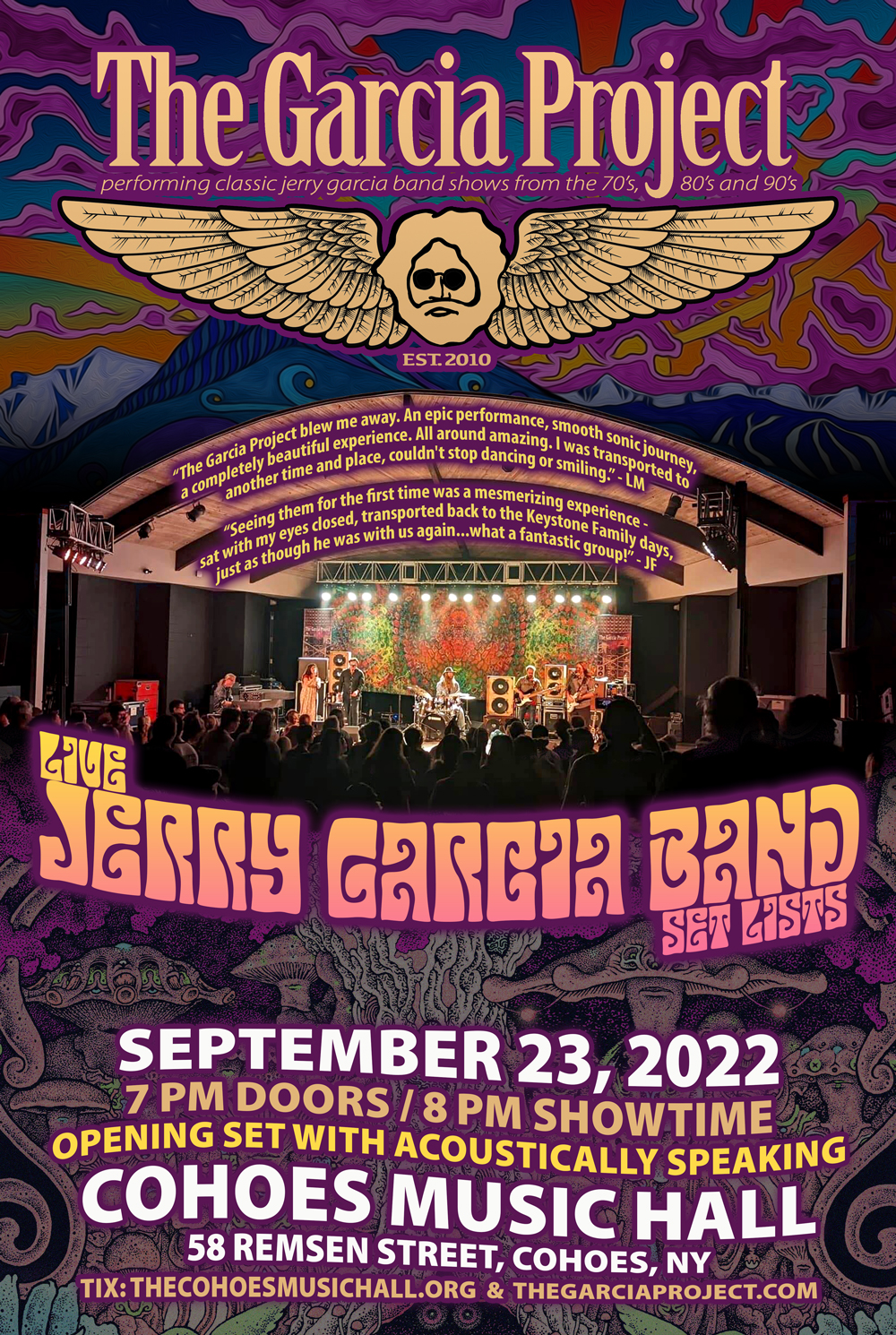 With precise arrangements and the proper instrumentation and feel for the various eras, The Garcia Project faithfully channels and projects the feelings, emotions and music that propelled the Jerry Garcia Band and the fans through many years of musical bliss.

"I spent a lot of nights in a lot of places with the Jerry Garcia Band, and I’m here to say that I really enjoy what The Garcia Project does with those memories.  Mik’s guitar and his and Kat’s vocals stir up some very sweet vibes…sometimes they almost make me feel like I’m back in, say, 1992 at the Warfield.  Check ‘em out." — Dennis McNally, former publicist for the Jerry Garcia Band

“I became an official member of The Garcia Band in 1977 through 1979…. Recently, I was asked to sit in with a wonderful band called The Garcia Project, who lovingly and reverently recreate different specific sets of the Garcia Band in their hayday. They don't merely recreate Jerry's music, they are channeling it. The Garcia Project brings us all back to that special time and I'm excited and blessed to participate in giving new and old audiences alike, the chance to relive the Spirit & Magic of the Jerry Garcia Band.”— Maria Muldaur

“…it was hard to tell that it wasn’t Jerry signing on “The Night They Drove Old Dixie Down…The Garcia Project’s attention to detail on intonation and performance structure does set them apart as an authority on Jerry Garcia.” – NYS Music

“In order for a tribute band to be successful, fans need to look at them as the authority on the artist they are emulating. The Garcia Project pulls it off effortlessly. Go see them live …The Garcia Project is the whole package.”– Jim Gilbert, Upstate Live

“The Garcia Project was on point with the whole experience and it didn’t seem like a cover band more like a mirrored band…they are just as real as the Jerry Garcia Band. “– Buffalo FM Review

“”Deadicated“ to carrying on the music and vibe of Jerry that so many still carry in their hearts.”– Albany Times Union