Jerry Garcia Birthday Celebration with The Garcia Project at Garcia’s at The Cap, Portchester, NY on 8/1/19

Jerry Garcia Birthday Celebration with The Garcia Project at Garcia's at The Cap, Portchester, NY on 8/1/19 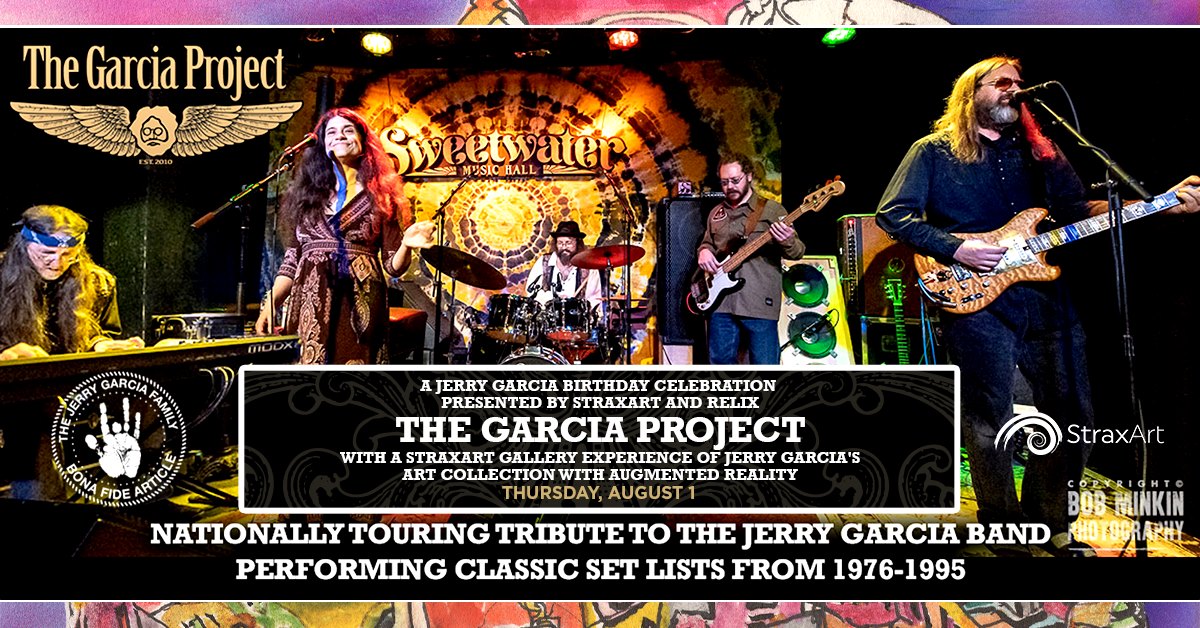 In an exciting development, the new augmented reality application, "StraxAR™", will debut with selected works of Jerry Garcia at the event. StraxAR™ Augmented Reality brings the digital world together with the physical world by "augmenting" digital content or a digital experience onto a physical object or image. Strax will literally be creating and presenting a new form of artistic expression at the exhibit, as Jerry’s imagery is blended with AR to showcase his art, music, performances, and other material for fans around the world.

The Garcia Project has a new Album coming out with Maria Muldaur called “Spirit: A loving tribute to the gospel and spiritual songs that Jerry Garcia performed throughout his life”